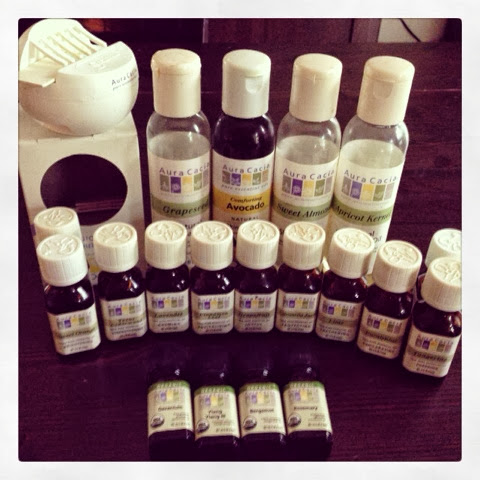 Two of my daughters have eczema and are allergic all dyes and perfumes. Ive found ways around this by making my own soap, and only using plant based products. I thought it was only for things "touching" their skin. They didn't ever have any breathing problems or anything like that, it was just their eczema would act up. So last week I bought a flameless Candle and put it in their room. They are still some what potty training and I wanted to freshen up their room and this was perfect. They wouldn't even know it was there, and I didn't have to plug it in. I put it in their room when they were not in there and put it on a super high shelf so they couldn't reach it. Battery operated so it was perfect.

Then the nose bleeds would start. Just about every night or nap one of my twins would get a nose bleed. The twin with allergies and eczema. My other twin hasn't had any issues(she has no allergies or eczema) or nose bleeds. Every night this week, a nose bleed. So last night I was trying to figure out what was different that we were doing that would cause this. The candle was the only thing. So I took the candle out of their room and guess what happened? No nose bleed!

So I looked up this company on the computer to find out the warnings and such of this product. No warnings of anything about the oils, if you need to keep doors open, etc. Couldn't even find out what kind of oils are in it. So I emailed them telling them my story. Within 10 minutes I received a phone call from them. I gave them my info, they switched to their health people and I talked to them. He said that its synthetic perfumes, not natural oils they use. I told them that they should state this on their packaging. After all was said and done, they are sending me a check to cover the candle.

I called my child's doctor and told them what was going on and we have an appointment next week to discuss eczema and their allergies. I will keep you posted. So if you have a child who is allergic to dyes or perfumes, yes it doesn't have to touch their body to still be allergic to it. They can even get reactions from breathing in the fumes.

Update: I now use a Aura Cacia diffuser that I can add my own essential oils and put in any plug in my house. These have never given my daughters nose bleeds and I know that there are no synthetic fragrances in them. You can find them in most Whole Foods or natural grocery stores or get them online.
Posted by Surviving and thriving on pennies at 11:16 AM

Surviving and thriving on pennies
My mother raised my sister and I all by herself. We were very poor but raised very well. I watched as my mom cut back on everything she could to get by. Grew up helping my grandmother with her large garden and canned everything we could. So when I got married and had 4 daughters of my own, I knew what I had to do. All those things I learned from watching my mom came flooding in. And ive been doing it ever since. Readers Note: This is a hobby that I enjoy and do not make any profit from. I do this to help others try to get by with freebies or almost free things. My goal is to help as many people as I can get by with what little they have.

Surviving and thriving on pennies

Promote Your Page Too

Surviving and thriving on pennies

I am a stay at home mom to four beautiful girls and married to the love of my life.

Have a product you want me to review? Just send a email my way. Have a question or comment about anything at all contact me
http://www.survivingandthrivingonpennies@yahoo.com
Im always willing to help out anyone with anything.

Surviving and thriving on pennies Disclosure

This policy is valid from 07 April 2010 This blog is a personal blog written and edited by me. This blog does not accept any form of cash advertising, sponsorship, or paid topic insertions. However, we will and do accept and keep free products, services, travel, event tickets, and other forms of compensation from companies and organizations. This blog abides by word of mouth marketing standards. We believe in honesty of relationship, opinion and identity. The compensation received may influence the advertising content, topics or posts made in this blog. That content, advertising space or post will be clearly identified as paid or sponsored content. The owner(s) of this blog is not compensated to provide opinion on products, services, websites and various other topics. The views and opinions expressed on this blog are purely the blog owners. If we claim or appear to be experts on a certain topic or product or service area, we will only endorse products or services that we believe, based on our expertise, are worthy of such endorsement. Any product claim, statistic, quote or other representation about a product or service should be verified with the manufacturer or provider. This blog does not contain any content which might present a conflict of interest. To get your own policy, go to http://www.disclosurepolicy.org